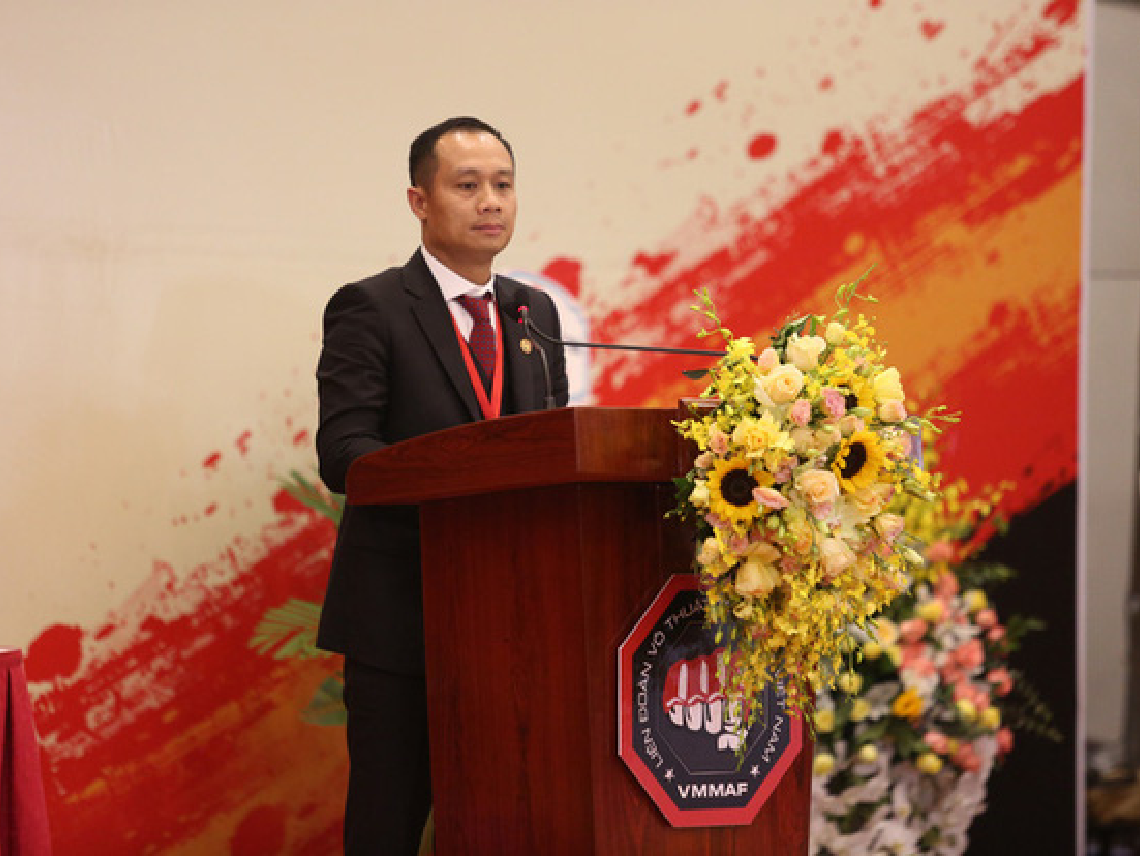 The founding congress of the Vietnam General Martial Arts Federation was held on May 30, 2020 marked a milestone in the history of the development of mixed martial arts in Vietnam, towards standardizing the organization. The system of competition rules, class, and professional techniques, bringing Vietnamese MMA into deep integration with international MMA. The congress took place with the participation of distinguished guests and over 100 delegates.

At the Congress, the Federation agreed on the development direction and goals for the first 5-year term. Accordingly, in the immediate future, the Federation will focus on the following specific tasks: Organizing and building an effective operating mechanism; professional development and movement; organizing national and international competitions; training and building human resources and other works..

In the coming time, the Federation will open more MMA training centers across the country, popularize MMA to some localities as well as send elite fighters to train abroad. VMMAF intends to organize a number of domestic and international tournaments so that our athletes have more opportunities to compete.

Based on statistics published by VMMAF, Vietnam currently has more than 50 MMA clubs, many of which have a number of students up to 5,000. We also own many famous names such as Trần Quang Lộc, 9th in Asia, Vietnamese champion Martin Nguyễn...

The Congress elected the Executive Committee of the Vietnam General Martial Arts Federation consisting of 21 members with Mr. Ngô Đức Quỳnh serving as the Chairman. Sharing in the meeting, Chairman Ngô Đức Quỳnh said that the Federation will try to mobilize resources from home and abroad to create conditions for MMA to develop in Vietnam. He also hopes that he can soon raise the position of Vietnamese martial arts in general and Vietnamese MMA in particular in the international arena.